In recent updates, both encode and rename received editor UIs. You can see them in action in the tutorial video for each plugin: 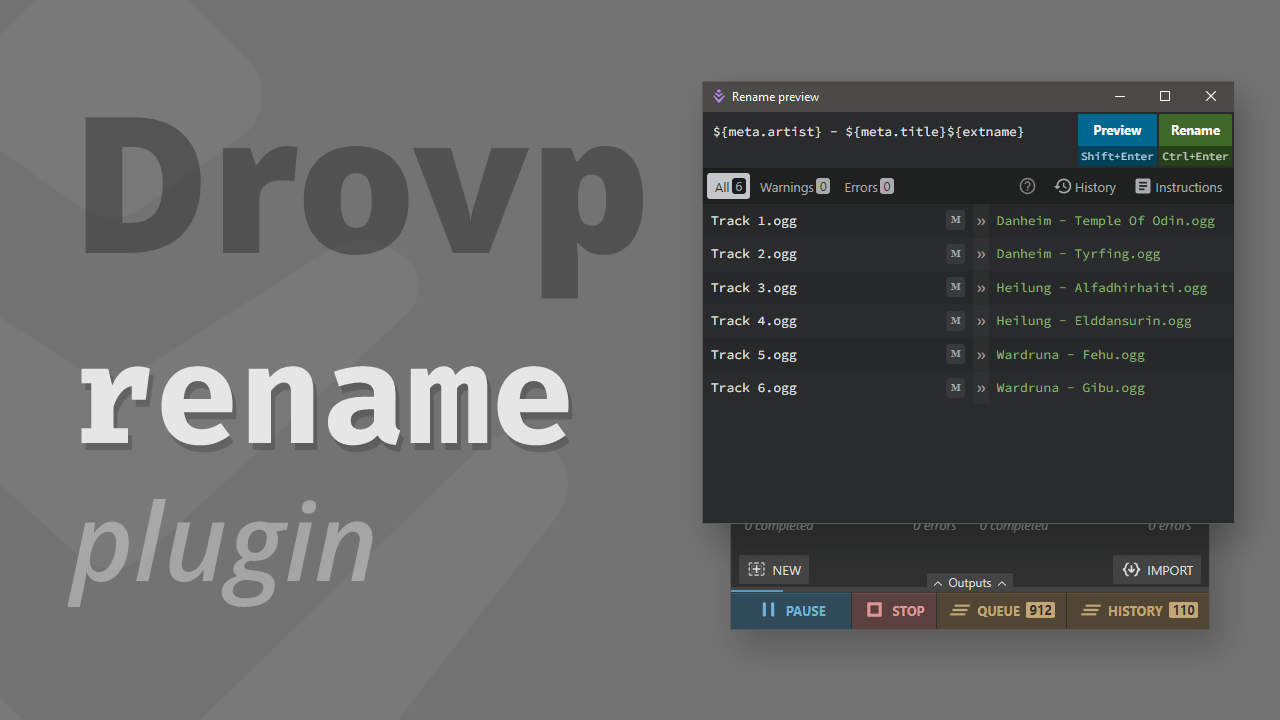 Encode editor can crop, rotate, flip, cut, speed up, and even concatenate videos! 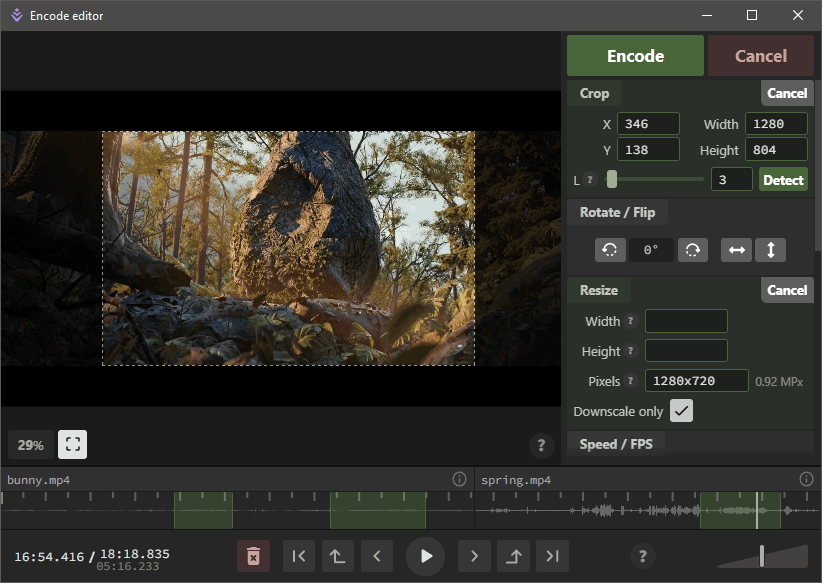 Editor and concatenation can either be enabled statically by enabling the respective option for each feature in the curren't profile's options, or dynamically per drop by holding modifier keys:

In rename editor, you can preview and tweak the template for your upcoming renaming job. 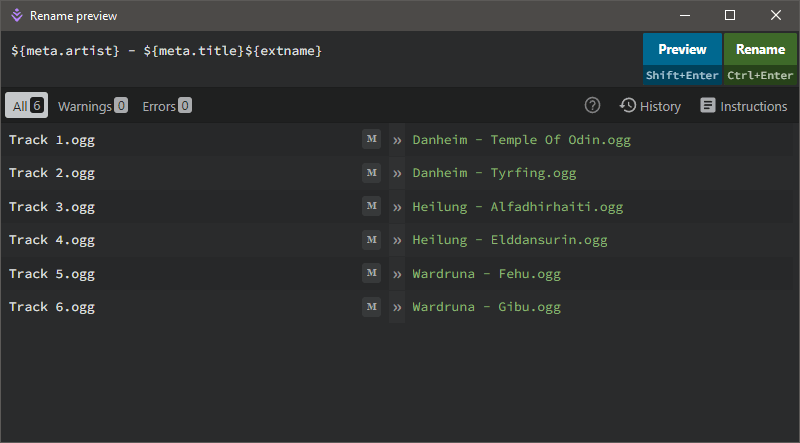 Preview can also be enabled either statically in current profile's options, or dynamically per each drop by holding the Ctrl key.

You can also use this to preview file meta data, which becomes available when template includes any ${meta.prop} values.

And any custom template used in the preview is saved in the history for easy reuse later.